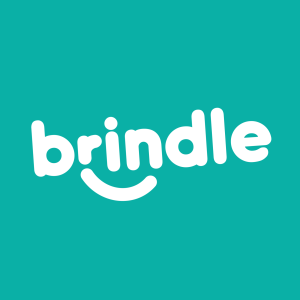 Do you own a sweet young puppy? Then you know that no shoe, trouser, finger or toe is safe from those all-devouring baby teeth. You would think that getting rid of a puppy is one of your first priorities. But it isn’t…

There is a big difference between biting playfully and biting things into pieces. Of course you want to get rid of the latter quickly, but you might want to stimulate the playful biting, no matter how crazy that may sound.

In this article we will dive into why a puppy bites, how you can control this and how you make sure that it no longer bites into your belongings.

Why does a puppy bite?

Let’s start with the fact that biting is very normal for such a young animal.

Your puppy is discovering a new world, mainly with its mouth. This is called playful biting and is very important for the development of a dog. Through playful biting  your dog gets to know its own (biting) powers and develops properties for when he or she is adult.

Puppies have sharp teeth and relatively weak jaws. This is to provide them with proper feedback on their biting behavior. You don’t want to completely unlearn biting, but you want to control it in the right way so that the dog learns from those experiences.

Is your puppy biting excessively? Then it can also mean that your puppy has started changing his teeth.

This can be quite unpleasant for the young animal. That is why we have listed a number of facts about this matter, so that you can recognize this moment.

How can I control my puppy's biting?

When you start training your puppy, one of the first challenges you will face is controlling biting. Not least to protect your belongings from this puppy terror.

But a puppy bites for a reason. It does not have the same possibilities in its arms and legs as we humans do. That’s why a puppy discovers the world with its mouth.

Regulating biting at a young age is crucial to your dog’s future biting behavior. A dog that has it’s biting under control is less likely to sink his teeth into things, other dogs or that annoying neighborhood boy.

Socializing with other dogs = control over biting

As the owner you are responsible for the biting behavior of your puppy, but you don’t have to do it alone.

Letting your dog socialize with other dogs of various ages at a young age will help it learn its limits. When you see two dogs playing, it goes with a lot of rollover, tumbling and biting.

Then why is it so important to let your puppy play with dogs of various ages?

The answer is actually very simple.

When your dog plays with another puppy at a young age, it quickly knows that biting can be quite painful at times. It’s playing buddy has the same drive to bite and als has no control over it’s own strengths. In addition, it has just as sharp teeth as him (or her) himself.

It will also experience when it bites too hard itself. To explain this we got the following quote from Roger Abrantes in his publication: Dog Language, 1997. (p. 23).

“Puppies play by tumbling around and biting each other. Suddenly one of them gets a grip on someone else’s ear. He is biting hard and the poor sibling is crying in pain. from his brother or sister, a lot of howling and screaming follows, they stop for a moment and then let go.

Next time they behave slightly differently. One will only hold the other’s ear until the puppy starts making a noise. It will respond to the sibling’s vocal distress, acting as a mechanism to inhibit or control aggressive behavior. Previous experiences showed the puppy that it is better to let go at the first sign of vocal distress, otherwise his stomach will hurt. This is learning by trial and error. “

Does your puppy play with an adult dog? Then it learns automatically when the limit has been reached. An older dog will be more likely to show when the bite / play is finished. Obviously, an older dog also has more authority over a young puppy.

Play with your puppy!

Playing with your puppy is very essential to get the biting under control. After all, you are the ‘boss’ of your young animal and you want it to learn from you.

Therefore, do not shy away from playing with your puppy (for example without toys). Not even when you know that those razor-sharp teeth can be quite painful.

If your puppy bites too hard while playing, you can let it know that you don’t like it. Then say quietly “ouch”. He or she learns that you disapprove of the behavior.

In this case, don’t overreact too much. This can achieve the opposite and get the puppy excited.

Make sure your housemates, such as children or spouse, do the same so that you show consistent behavior.

How do I stop the puppy from biting in my stuff?

Puppies are generally quite predictable when it comes to biting into things. You often see the moment of biting coming from miles away, so you can act quickly. Of course you do not want to stimulate this type of biting behavior.

Always be one step ahead of them. Distract your puppy from the moment you see it is about to bite.

Timing and consistency are crucial here.

Experienced dog owners will recognize this moment sooner than if you have only recently been dealing with a puppy. In any case, keep observing your puppy closely and distract it from the moment it wants to take a bite at your shoe or trouser.

Acknowledge the moment and reward!

If your puppy voluntarily stops the biting of your shoe or trouser, acknowledge this behavior. You can reward this verbally (in a positive way of course) as well as with a snack or some extra play time with their favorite toy. Then repeat this process several times.

Reward faster and more in the beginning so that they get used to rewarding the good behavior and gradually taper this off.

Consistency is essential here. Again, try to align this with all your roommates.

Did the all-devouring monster get hold of your shoe? Then quickly swap it with one of its own chew toys, so they can continue biting.

Your puppy can suffer from sensitive gums due to changing teeth, which makes biting a way to relieve pain.

When do you have control over the puppy biting?

Controlling the biting behavior of your puppy does not happen within a day, a week or a month.

But with the right attitude and a good dose of perseverance from you as a trainer ánd your puppy, you will get pretty far. Playing and socializing a lot is the key to success.

Also when you notice your puppy is starting to lick, or start biting more gently at times when it used to bite hard, you know you’re on the right track.

A summary of the most important points to control your puppy from biting:

Do you have any questions or additions to this article? Gladly! We would like to know how you deal with (excessive) biting and how you got this under control. In that case: Tip the editors! 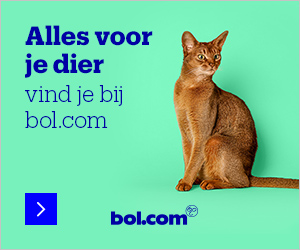 16 February 2021
30 Best Dog Hashtags For 2021
Using the right hashtags on Instagram can increase the reach of your posts. This applies...
3 February 2021
The Best Vegetables For Dogs (Our Top 7)
Do you want to provide your dog's diet with something extra? Then of course you...
11 January 2021
Stop puppy biting? DON’T! Guide for complete control over the biting behavior
Do you own a sweet young puppy? Then you know that no shoe, trouser, finger...